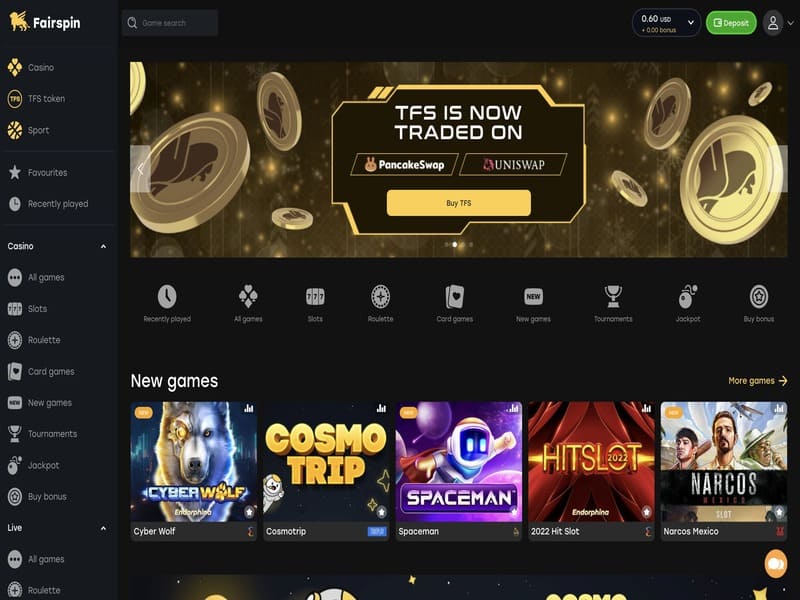 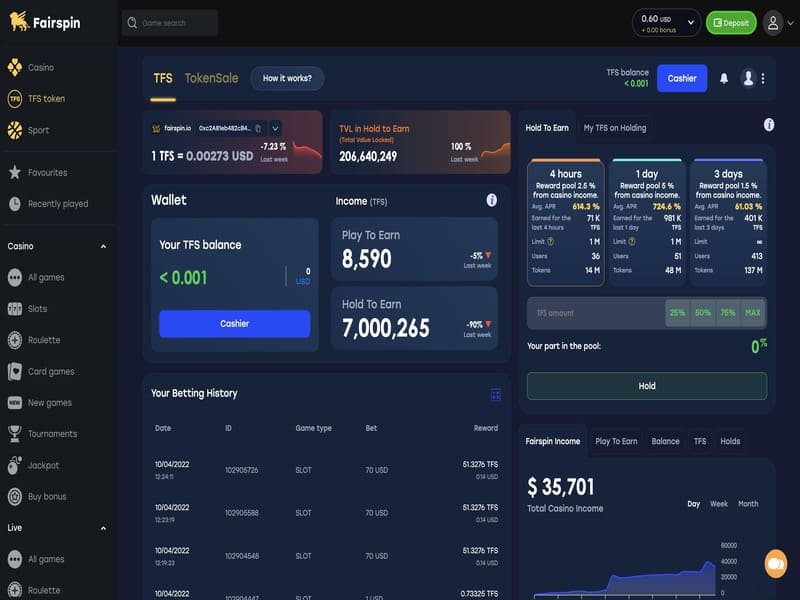 TFS is a token that was created on the Ethereum network exclusively for the Fairspin casino. TFS has a deflationary model, meaning there is a limit on the total number of tokens.

Some of the TFS tokens have already been sold as part of the Private Sale and several rounds of the Public Sale. After the completion of all stages of sales, the token entered the popular Uniswap and PancakeSwap exchanges. So now you can buy TFS on one of the exchanges. Another way to get tokens is to participate in the Fairspin loyalty programs. 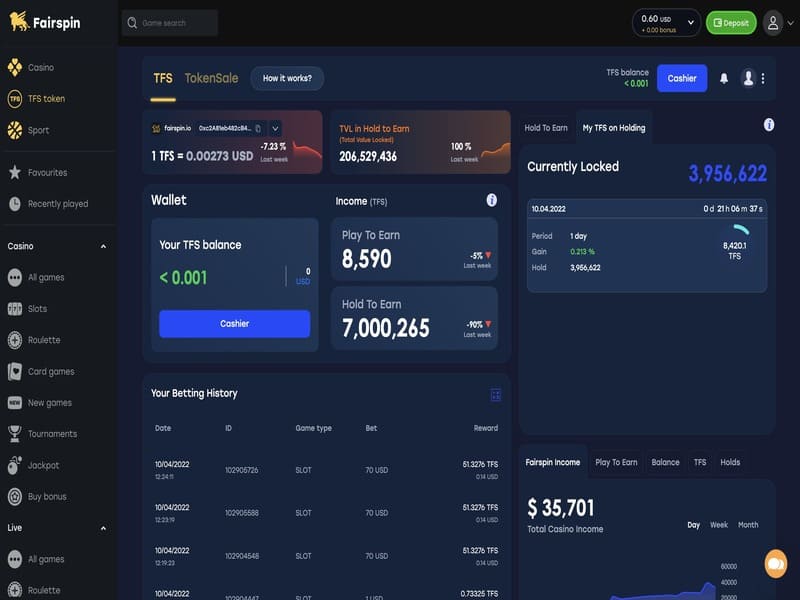 You can find a whole section dedicated to the TFS token on the casino website. There you will learn more about the token, as well as TFS-based loyalty programs.

The essence of the program is that for each bet in casino games, you will instantly receive a reward in the form of TFS tokens. This may seem similar to cashback, which is offered at many casinos. But there are some notable differences between them.

Firstly, as a rule, cashback is credited only for lost bets. At Fairspin, you will be rewarded for every bet you place, even if it is a winning one. In addition, cashback is usually credited once a week or even a month. And the tokenized rakeback at Fairspin is credited immediately after you make a bet. 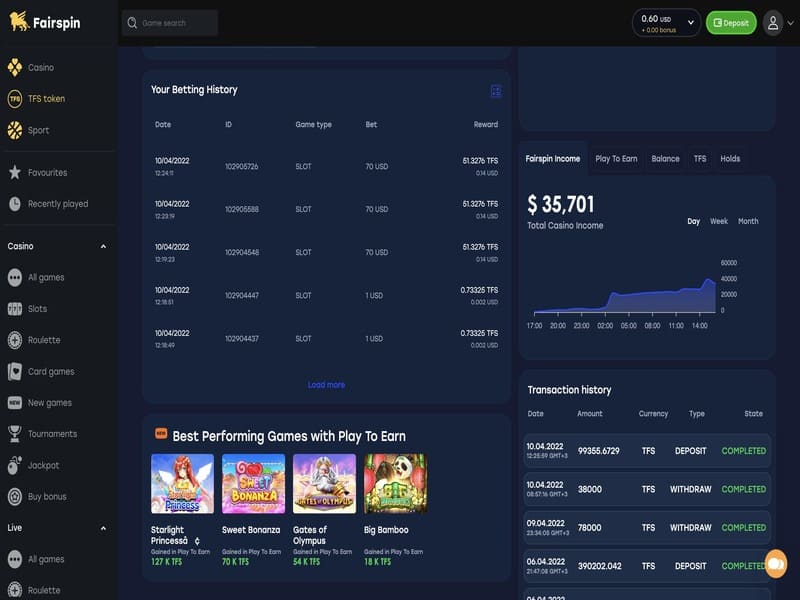 To see how many tokens you have earned so far, visit the TFS page on the Fairspin website. There you will see your current token balance, betting history, as well as a list of games where casino users have earned the most TFS tokens. 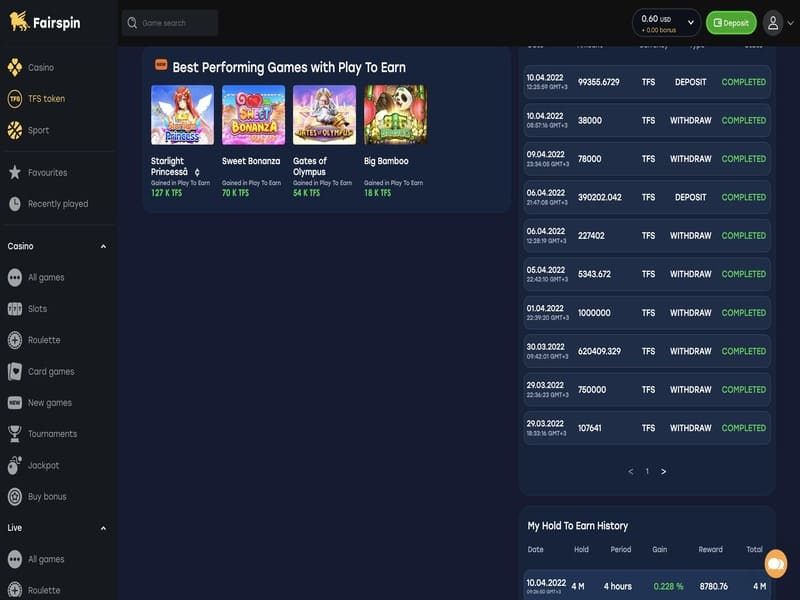 The second loyalty program, Hold To Earn, allows you to multiply the received tokens. To do this, you just need to hold your tokens on the TFS page. There are three options for the holding period: eight hours, one or three days. At the end of the selected period, you will not only get the tokens you put on the holding but also receive additional TFS in most cases.

Further, you can continue to multiply tokens thanks to the holding. Or withdraw them to your Fairspin account and keep playing. Another option is to send tokens to your crypto wallet to trade them on the exchange later.